iNFTs have an embedded AI or “personality” as part of their smart contracts, opening up endless possibilities for us to interact with our NFTs. The post NFT Trends: Exploring AI in NFT projects appeared first on 500px. 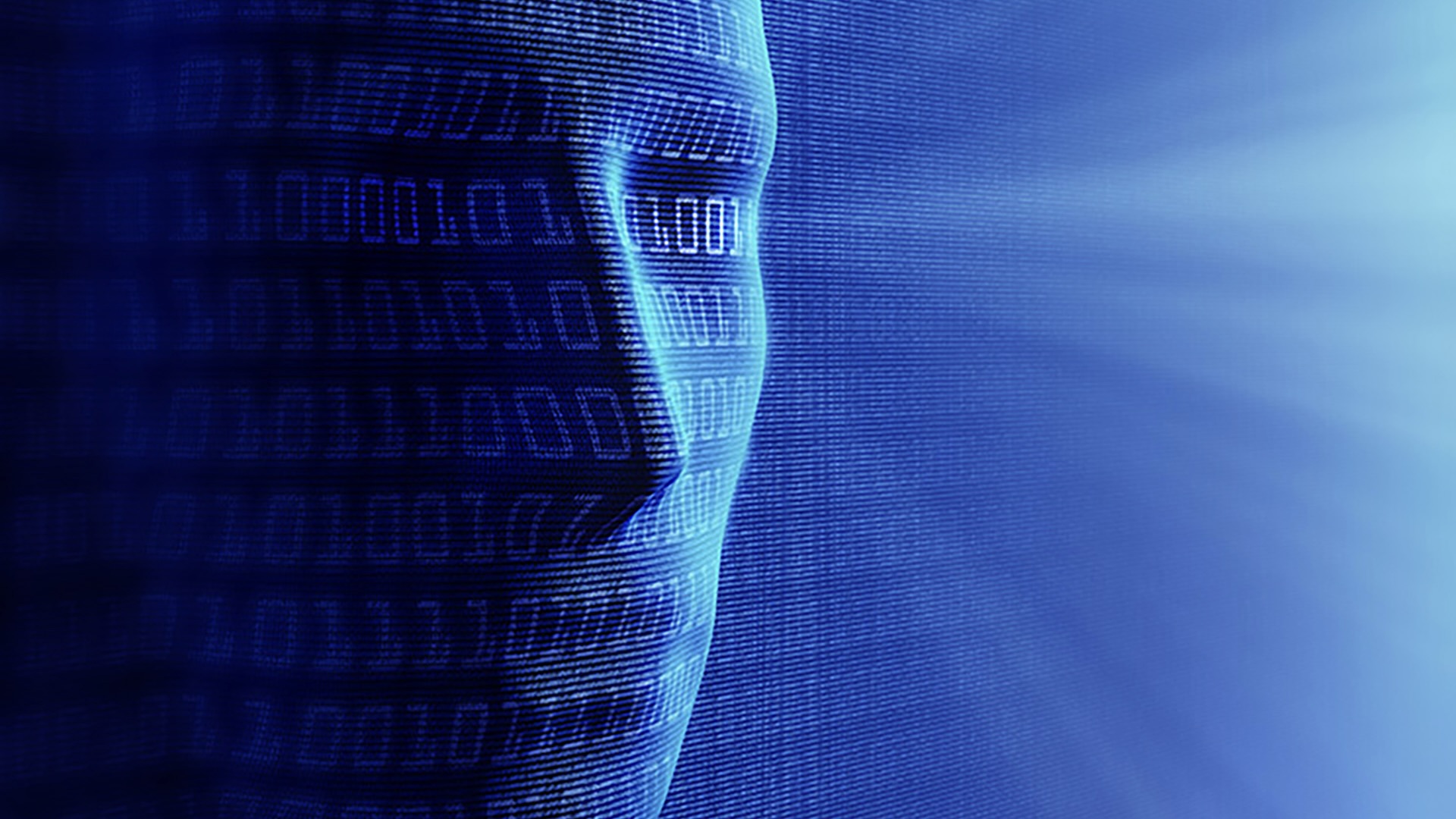 Alice has a personality and a face, but “she” doesn’t exist—at least not in the traditional sense. Inspired, in part, by the Lewis Carroll character, “Alice” was created by the artist Robert Alice in collaboration with a synthetic media company called Alethea AI. Her “face” was built from generic CGI stock models, and she can hold a conversation—thanks to GPT-3 deep learning technology from OpenAI. Alice was the first of her kind: an iNFT, or intelligent non-fungible token. The token sold at Sotheby’s for $478,000 last year.

Alethea AI is the driving force behind the next evolution of crypto art and assets on the blockchain: iNFTs. iNFTs have an embedded AI or “personality” as part of their smart contracts, opening up endless possibilities for us to interact with—and even enjoy conversations with—our NFTs. These iNFTs “live” on Noah’s Ark, an Intelligent Metaverse from Alethea AI. 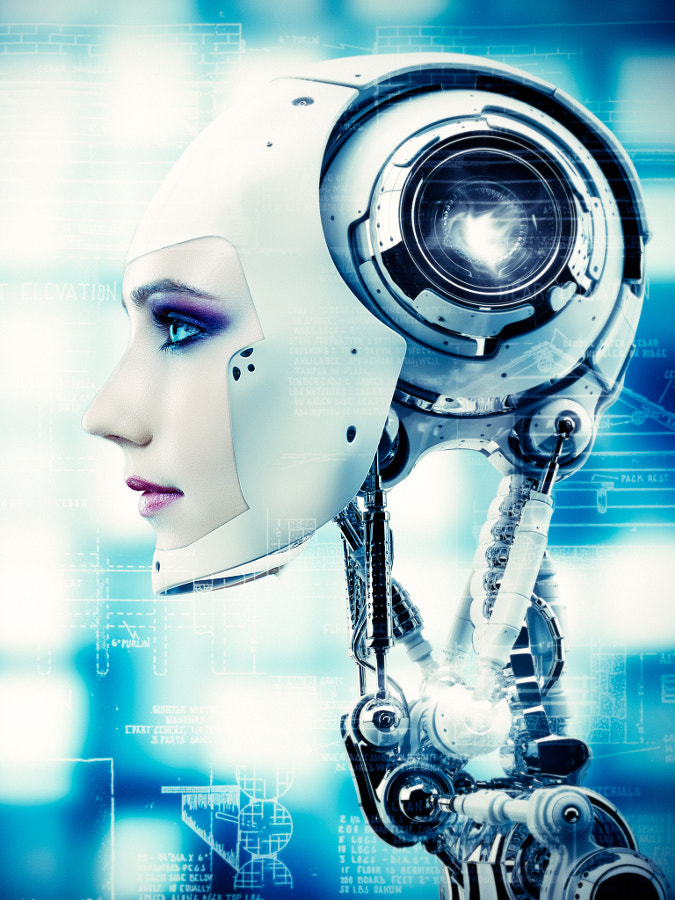 The team at Alethea sees some of these potential applications for the technology: Cryptopunks could have rap battles with each other, or your Hashmask (these are unique digital portraits, created by more than 70 artists) could share his “origin story.” The term Alethea AI uses to describe the process of transforming a regular NFT into an intelligent and interactive one is “Fusion,” which merges an NFT with one of their “Personality Pods.” 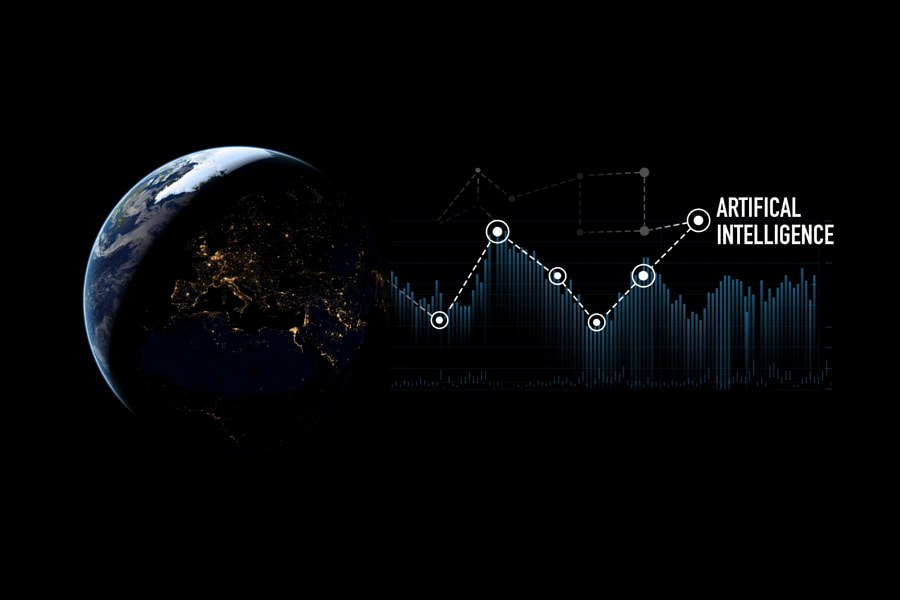 Their first project was a collaboration with Fame Lady Squad, empowering the all-female generative avatar collection to engage with people in new ways, from reciting poetry to answering questions. NFT collections like Doge Pound and Pudgy Penguins followed, with previously still images coming to “life” through AI.

The team behind the technology believes that this kind of evolution in what NFTs are—and what they can be—will encourage more engagement and interaction from the communities surrounding these already popular collections. Insiders have dubbed this phenomenon the “Alethea Bump.” Future plans include NFTs that write or make music. At a very high level, these iNFTs could themselves create generative artworks, which could then become new NFTs.

The concept of “living” NFTs is a trendy one. Earlier this year, Endless AI and Gala Games released Fuzzles, a collection of 9,997 3D, AI-powered aliens available as NFTs on the Ethereum (ETH) blockchain. Within the dedicated app, token holders were invited to ask questions, seek advice, or make up a story with their alien.

AI technologies pose intriguing questions about how we define art. Generative art, or art created using machines, has deep roots in recent history; in the 1970s, Aaron, a computer program conceived by the artist Harold Cohen, stunned the art world with vibrant paintings. (Among other things, Aaron is known for its daring use of color.)

More recently, we’ve seen something similar enter the photography community: DALL·E 2, an AI system developed by OpenAI capable of creating photo-realistic images from text descriptions. Enter a caption, and the AI will create and deliver images based on that description. The more detailed, the better. (It’s worth noting that the potential for overlap between DALL·E and NFTs is still murky, with copyright law not yet having fully caught up with the technology.)

While this technology might spark concerns that photographers are being “replaced” by machines (which feels highly unlikely, for several reasons, including the fact that the tech just isn’t good enough yet), it’s also been embraced by countless photographers who simply see AI as a new tool, similar to a camera. 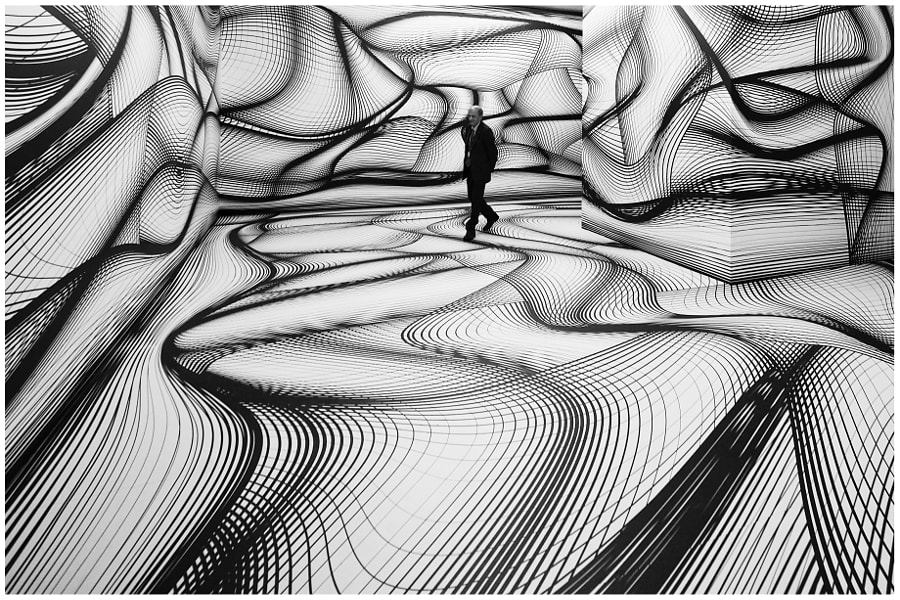 This summer, Cosmopolitan magazine worked with DALL·E to create the “world’s first artificially intelligent magazine cover.” Meanwhile, the photographer Mathieu Stern made headlines after using the program to create realistic portraits of non-existent people, including some in the style of the wet plate collodion process or an old Graflex camera and its characteristic bokeh balls.

Turning our attention back to the blockchain, Eponym, a project by ART AI, opened the floor to more creators by inviting people to use their own text-to-image generator to create unique artworks, which could then be minted on the Ethereum blockchain. Words and passages of short text could only be used once, making each work truly irreplaceable.

In the photography community too, we’ve already seen an inspiring use of this kind of technology in the Metascapes NFT collection, created by the artists Cath Simard, Ryan Newburn, and Iurie Belegurschi—plus an artificial intelligence. Trained using thousands of original photographs, the AI was able to create its own “photos” of make-believe ice caves, volcanoes, and more. In that project, human curation played an essential role, with the artists choosing the images to feature in the collection. 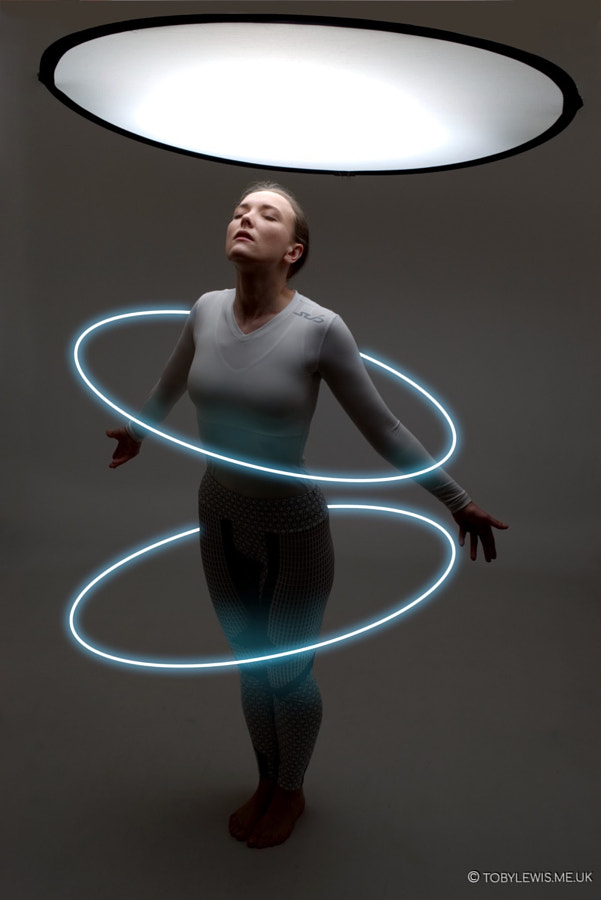 From fine art to the commercial realm, AI is being used to produce images that would otherwise be impossible. NFTs and AI collided in an unexpected way this summer with Artsy Monke, a collection of images inspired by the original Bored Ape Yacht Club by Yuga Labs and reimagined by Google AI. CryptoGrims, the artist behind the project, said the team trained the AI to paint according to a number of art styles and movements. Again, time and curation proved key; it took weeks to create images that lived up to expectations, and the first batch was ultimately scrapped. Unlike many other projects at the time, the collection was highly affordable, selling for about the equivalent of $15 each. 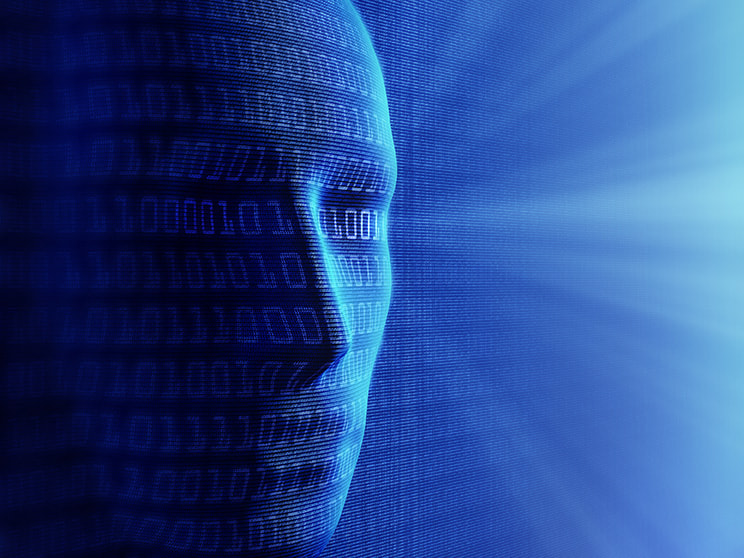 In March of 2021, at the height of the NFT artwork frenzy, Nifty Gateway was host to a different sale, this time for a 12-second video file—a collaboration between the Italian artist Andrea Bonaceto and Sophia the Robot. That digital artwork sold for nearly $700,000. A central component in all of these projects, from Sophia to Artsy Monke, is that sense of collaboration. Real, living artists are working with AI, providing feedback and trying new things as they go. It’s a process of trial and error that harkens back to the early creations made by Harold Cohen and the Aaron software decades ago, long before NFT artists existed.

In the future, perhaps AI could further alter not only how we make art but also how we interact with and experience it, both on and off the blockchain. In 2019, before the mainstream emergence of NFTs (and the invention of iNFTs), the Dalí Museum in St. Petersburg, Florida, did something radical when they attempted to bring the late artist “back to life” through AI. 30 years after Salvador Dalí’s death, the museum unveiled Dalí Lives, featuring a fake version of the artist, made possible with machine learning and realized with help from an actor. The AI was trained using archival footage and hundreds of interviews from the Surrealist’s lifetime.

Alice, the character created by Alethea AI and Robert Alice, gave us a sneak peek at how we can imagine—and bring to life—characters who don’t exist in the “real world.” Late last year, Alethea AI released The Revenants, a collection of 100 intelligent NFTs based on historical icons and fictional characters. Among them are artists including Leonardo da Vinci, Michelangelo, and Pablo Picasso.

Imagine, in the near future, entering a gallery in the emerging virtual world known as the metaverse. There, you’re greeted by an AI curator, who guides you through an exhibition, sharing behind-the-scenes stories from an artist’s life. You turn a corner to find an NFT portrait of a fictional character, dreamt up by a photographer or painter. Perhaps you ask it a question, and maybe it answers you. We’re not quite there yet, but we could be sooner than we think.

Five film cameras you can 3D print and make at home

Reckoning With Memories of Budapest

10 Questions with Holly Roussell, curator of this year’s...

Adobe makes masking in Lightroom easier than ever with...

Sigma full-frame Foveon still delayed but it may come with... 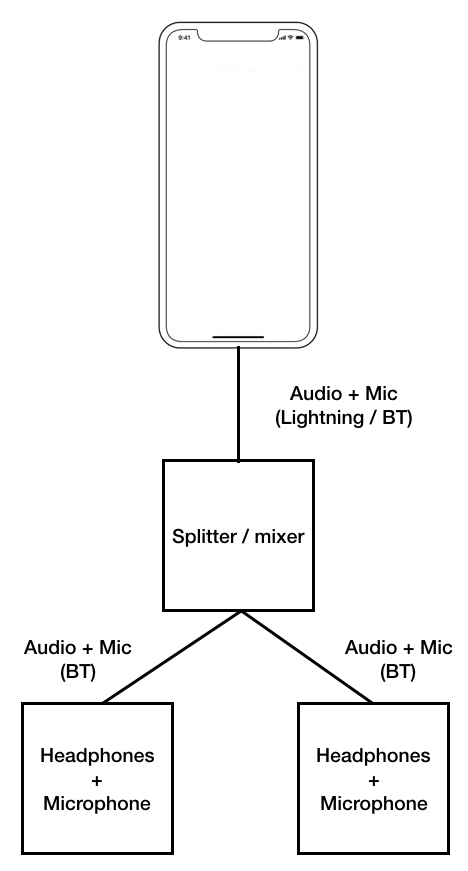 Is there a way to connect 2 headsets to 1 iPhone for conference...

I am looking for a way to connect two headsets to the same iPhone that will work... 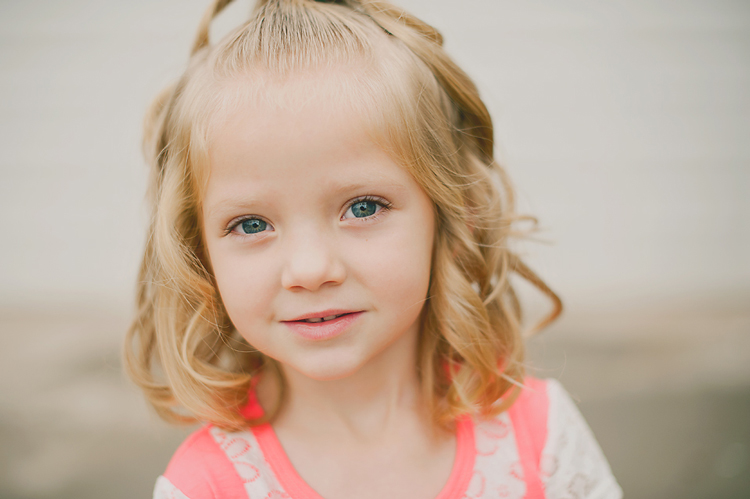 Portrait Photography for Beginners: 6 Tips to Get Started

The post Portrait Photography for Beginners: 6 Tips to Get Started appeared first... 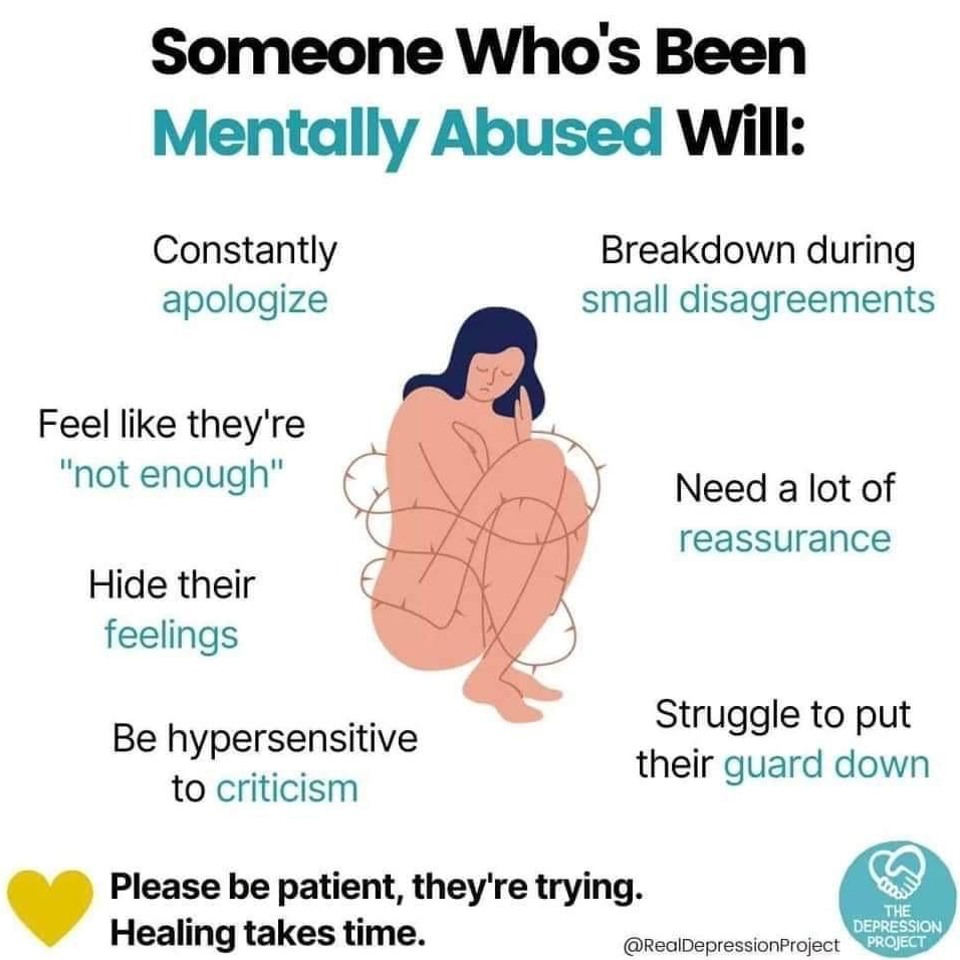 7 Signs You May Have Been Mentally Abused

If you’ve been through mental abuse, you know how devastating it can be—and if you... 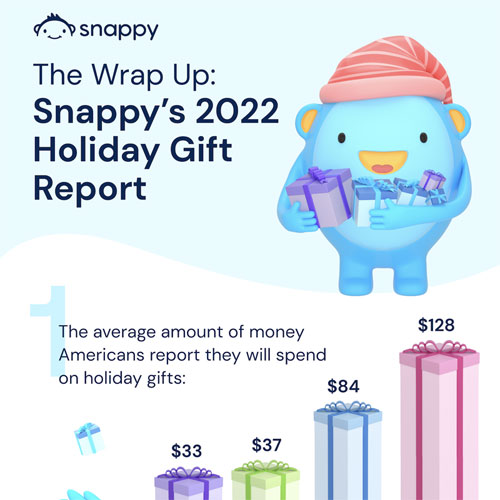