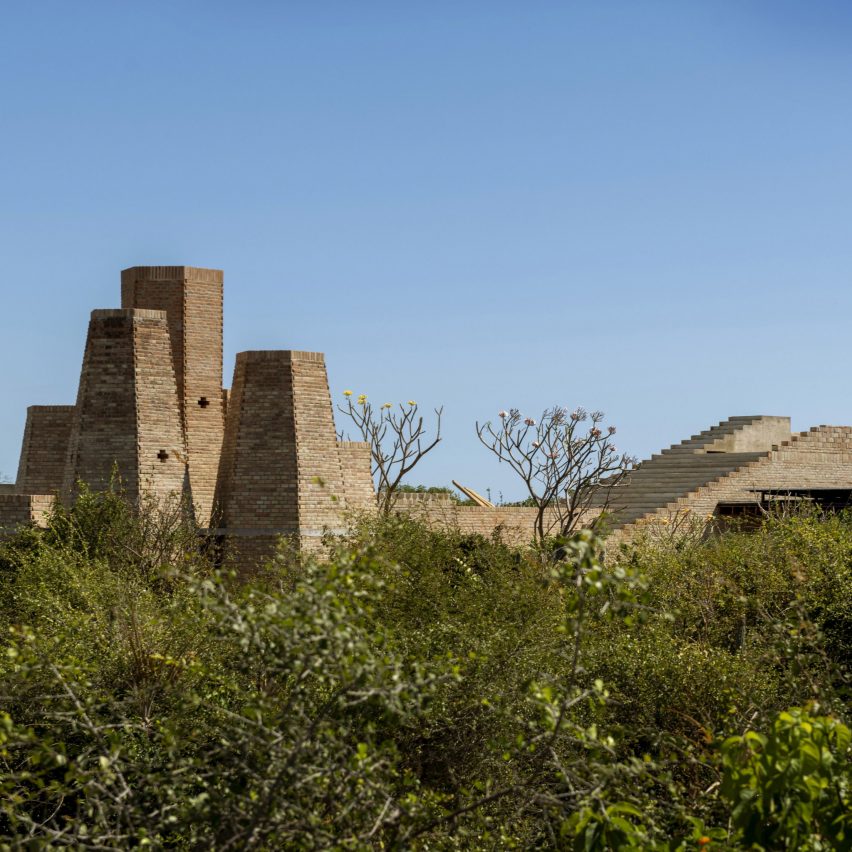 Mexico City-based Taller de Arquitectura X (TAX), headed by architect Alberto Kalach, designed Hotel Terrestre to be a serene travel destination that utilises only solar power and has a minimal impact on the local ecology.

Made with concrete and white mud bricks made by hand in Puebla, Mexico, the hotel features 14 villas spread along the coast outside the beach city of Puerto Escondido and is part of the Grupo Habita collection of hotels.

The structure of the hotel, which has been shortlisted for the hospitality building category of Dezeen Awards 2022, was conceived as a series of villas oriented in a linear fashion parallel to the beach.

According to the studio, the geometry of the design and the way it is embedded in the landscape gives it the appearance of being ancient.

"The buildings are embedded in the landscape as if they have been there for hundreds of years," said TAX. "A certain notion of antiquity, but also of futurism, characterizes the architecture."

Because of the remote location north of Puerto Escondido proper, the studio decided to create an energy program that relies solely on solar panels.

"A complex energy load study was done to install the system throughout the hotel," said the studio. "We gradually understood how many panels and how many batteries we needed."

In order to optimise energy use, the hotel runs on a specific schedule for electronics such as pool equipment and relies on motion sensors for interior lights to help it consume less energy.

Each of the rooms in the hotel has its own garden, outdoor shower, rooftop and swimming pool to maximise views of the ocean and of the Sierra de Oaxaca mountain range.

The reception building is a cluster of pyramidal towers that anchor the rest of the low-lying structure into the landscape.

A shared lap pool, a beach club and a sculptural Hamman spa are spread out around the villas.

Throughout the program, wood was used to lighten the intensity of the concrete and brick. Maqui wood – found locally in Oaxaca – was used for exterior finishes and for the beach club pavilion, while pine was used for the interiors.

The interior finishes are minimal, with exposed brick and large openings to the outdoors. Furniture by Mexican architect Oscar Hagerman was used in the rooms. 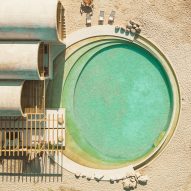 According to TAX, the hotel was built to have a minimal impact on the site's ecology.

"The project was designed so that the existing vegetation would remain the same," said TAX.

"It was built in areas where there were no trees or plants. What already existed was respected 100 per cent, and planting work was done in the areas that were most naturally empty."

Taller de Arquitectura X was founded by Kalach in 1981. The studio has completed other works in the Puerto Escondido area including nearby Casona Sforza, which has a series of arched open-air villas and is also on the hospitality building shortlist.

Other buildings to be shortlisted for the category include a tea house in China that envelopes a historic structure.

Foster + Partners to design "one of London's largest timber...

How to use QuickTime Player in macOS Ventura

Apple's QuickTime is a 30-year-old technology but is still supported by Apple. Here's... Architecture practice Scott Whitby Studio has completed a renovation of the 19th-century... 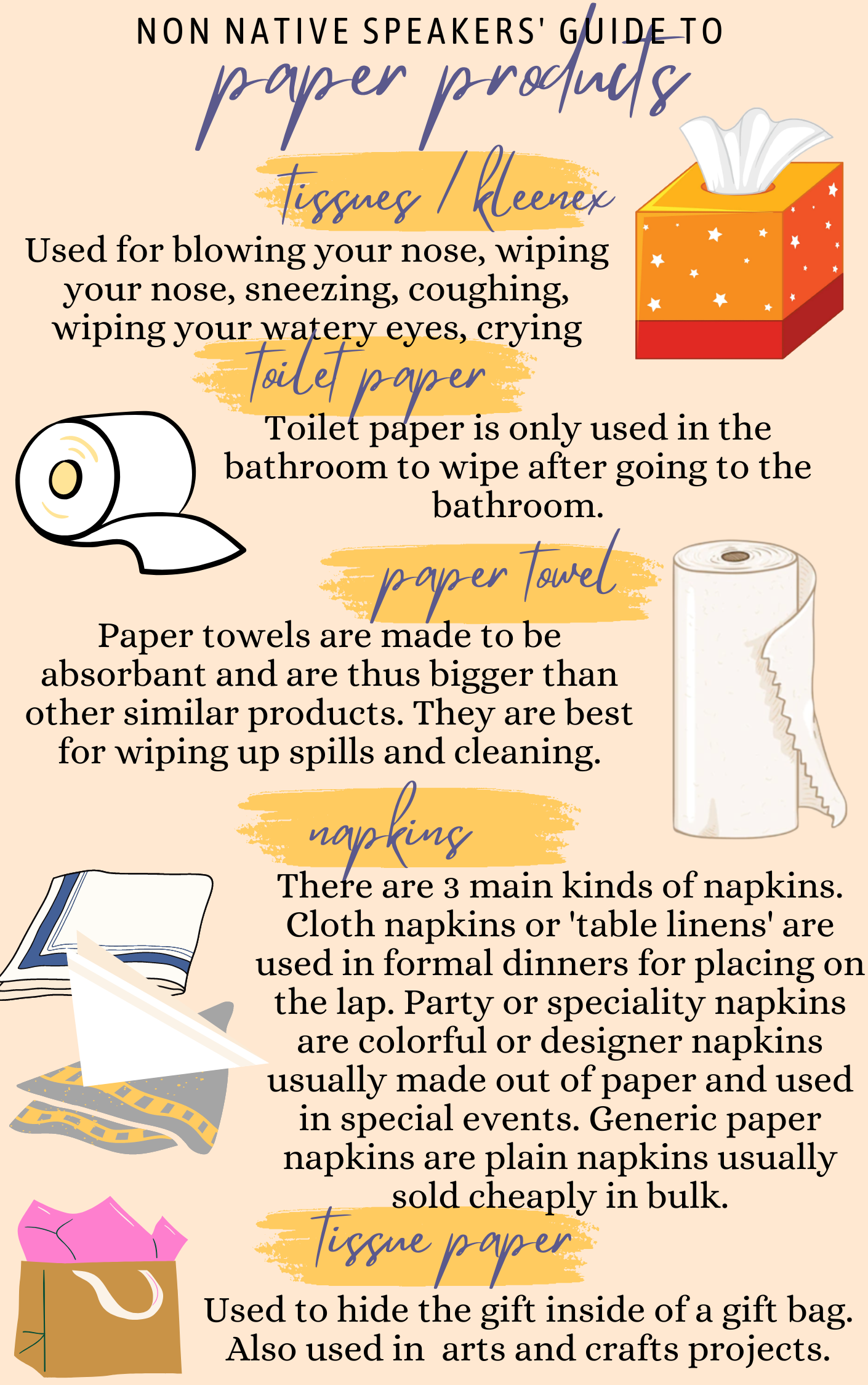 Paper Products can be confusing to non-native English speakers. It’s not just that...